Posted on July 31, 2011 by blackorchidcollective

Thanks to all who came out for our collective flyering session last weekend! We were joined by some bus drivers, riders and friends. We got into many good conversations that are helping us in our organizing.

We will be doing another round of flyering with comrades from the Seattle Free Riders Union (FRU). BOC will be distributing both the FRU flyer as well as the one below. If you live in Seattle and have some time, come join us! 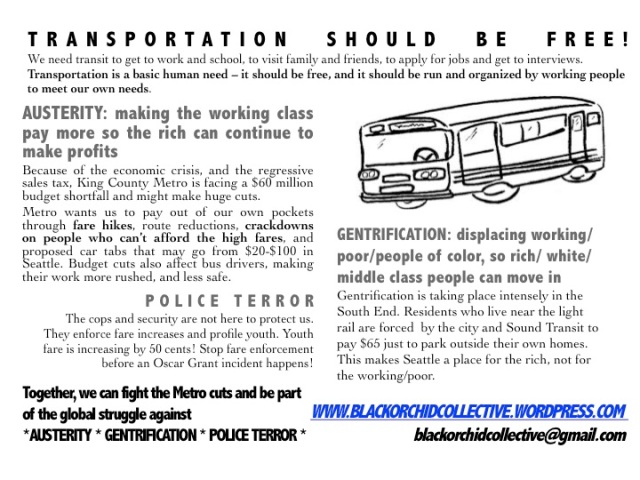